Are you for real with this Donald Trump thing, or are you just having some fun at the cost of your own reputation as a country?

I know many of you don’t get to travel a lot, that many of you spend most of your lifetimes within the United States, harboring suspicion of all things foreign. 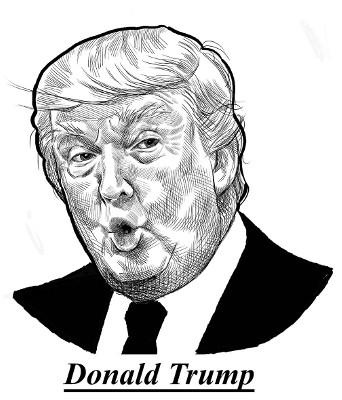 But as a friend of America, let me tell you what the world is whispering about Trump’s standing in the GOP primaries. Up until two, three weeks ago, Trump was the laughing stock of educated people from São Paulo to Paris, from London to Beijing. But now that it’s becoming exceedingly clear that, yes, Trump may end up being your nominee, the world is getting worried about what will happen to America should you, the GOP grass-root voters, take this farce on to the general election.

You see, ‘the football’ — the briefcase containing the nuclear-access codes — cannot be in the hands of a temperamental, egotistical reality-TV star whose deepest wisdom seems to come from reading the New York tabloids. In a world where the US has been (and intends to continue to be) the new Rome, our shared destiny cannot be in the hands of someone who has not thought this through.

Believe me, I do appreciate that you are trying to elect an outsider instead of your run-of-the-mill, lying politicians. I even appreciate that you are trying to put a businessman (although one with a mixed record) at the helm of the country that most champions the very idea of capitalism. And I think we can all agree that a President from outside the Beltway can bring a fresh perspective, be more pragmatic and hopefully build more consensus in an impossibly-divided nation.

But believe me: Donald Trump is not your man. Heck, you don’t need to believe me: you can believe Mitt Romney, who happens to be a pragmatic businessman and an agreeable person with much more emotional balance — the same Mitt Romney who’s now telling you Trump is a ‘fraud’.

Dear Republicans: you could have gone with Jeb Bush, the guy with that neat narrative — ‘my dad served this country, my dumb brother served this country, and now it’s the smart one’s turn’ — or even John Kasich, whose beautiful track record as Ohio Governor and outright decency definitely do not belong to this rotten campaign.

But no, you insist on going with Trump, a man from whom most sensible people would not buy a used car.

Why are you falling for a candidate who represents a triumph of marketing over substance, of absurdity over common sense, of loudness over thoughtfulness?

Now, I understand you are angry. Your wages have stagnated. You look at the rich and they seem to getting richer, while your disappearing middle class can barely afford health coverage and is drowing in college debt.

Believe me: I know what it feels to be angry with your government. We are going through a hard time ourslves, in case you haven’t heard of Lula, Dilma, zika, etc.

But as Churchill famously said, ‘when you are going through hell… you keep going’ — you don’t elect a clown!

Pick someone else from the bunch of Bible-toting, evolution-denying, women’s-rights skeptics that the Tea Party is so prolific in.

The politicians in the GOP establishment will not call you ‘stupid’ to your face. They can’t do that, lest you get mad and never vote for them again.

But, as a friend, I’m telling you: quit fooling around with the Oval Office and start taking this election seriously.

One of these days, electing the guy who just says whatever you want to hear will get you something like our Workers Party (PT), and then you’ll realize that you actually used to live in Heaven — you just didn’t know it.