Paul Volcker leaves behind a legion of admirers. It’s hard to imagine someone more cherished and respected. He will be sorely missed. Much has been and will still be written about his long and rich life. Today, I’ll limit myself to a few more personal notes. 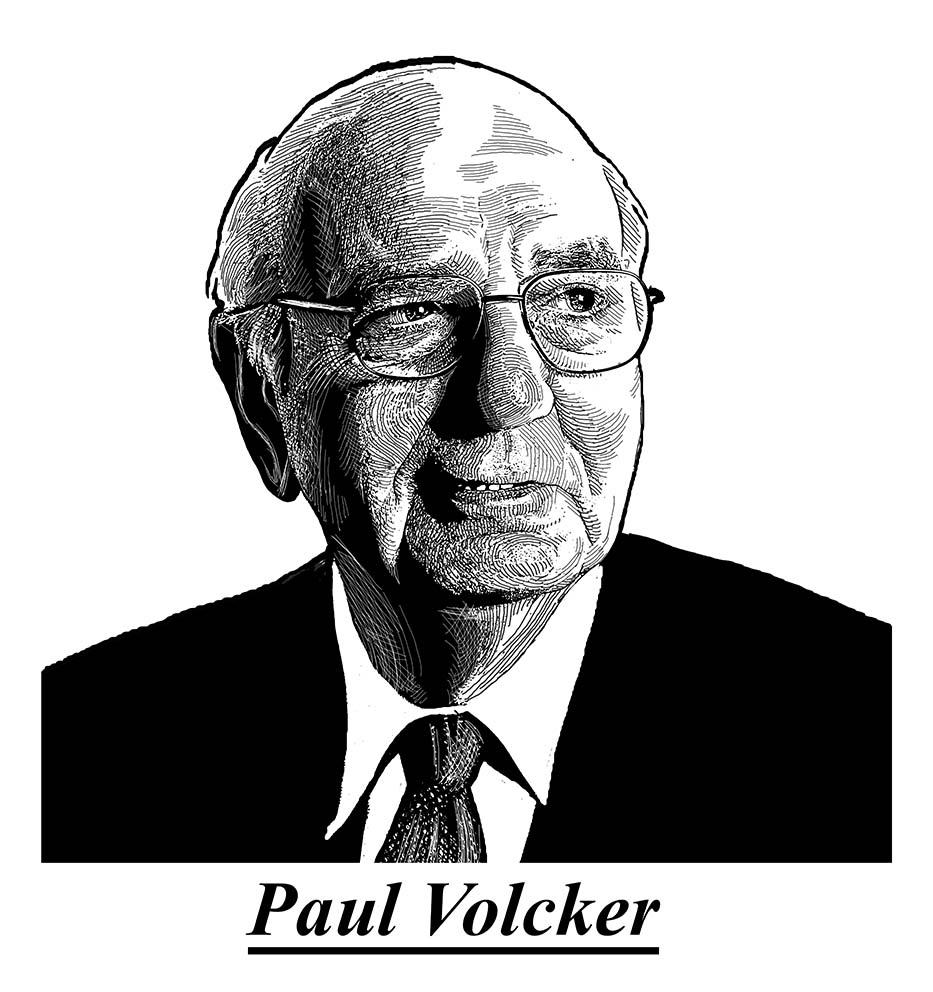 I was fortunate to have spent a great deal of time with him at Princeton and especially at the Group of Thirty, which he chaired for many years. My first contact with him was from afar. I was an intern at the Federal Reserve Board in the summer of 1984. I was on the final stretch to complete my doctorate, while he was serving his second term as Fed chairman. At that time he smoked cigars all the time and sometimes was seen crossing the tunnel that connects the two Fed buildings in Washington. At six feet and seven inches tall, he was affectionately known as Tall Paul. He barely fit in the tunnel.

While I had no personal contact with him at that time, I used to help his team in Brazilian affairs (translating, nothing more). At that time, he had an important role in managing the foreign debt crisis of the countries known then as ‘less developed’ (which they still are). An imposing figure, known for his firm adherence to clear principles, Volcker was also witty and a friend to his friends. In his eight years as Fed chairman, he dealt with nine governors of the Central Bank of Brazil, some for just a few days, others whom he admired and befriended, such as Langoni and Pastore.

His life was devoted to public affairs. The son of an austere New Jersey city administrator who held office for more than two decades, Volcker saw his father as an example of dedication to public life, perhaps the main principle governing his own.

On the professional side, some episodes were remarkable. As a senior Treasury official, he watched the end of the Bretton Woods system and the dollar-gold parity in August 1971. Preparing this note, I read that Volcker himself considered this the most important event of his career. I knew how much weight he put on the end of Bretton Woods, as he always advocated the return to an international monetary system inspired by the one that previously existed. In his view, the non-system of floating exchange rates was somewhat chaotic and led to uncooperative policies.

To most people, the pinnacle of his career took place during the early stages of his tenure as Fed chairman. At that time he hit the monetary policy brakes and broke the backbone of American inflation, which was in the double digits. That work began with what may have been the last experiment with genuinely monetary targets. What followed was huge volatility of interest rates for two years following the end of 1980. In addition to the volatility, interest rates reached 22%, a very bold move. As a result of the experiment, monetary targets were fairly soon abandoned. The economy collapsed, inflation imploded and never again reached similar levels. As a side effect, dollar debtors around the world went up in flames, starting with Mexico in 1982 and reaching Brazil in what turned out to be the beginning of our ‘lost decade’.

When I arrived at the Brazilian Central Bank in early 1999 with the idea of ​​setting up an inflation-targeting system, I asked Volcker for his opinion. He told me: “I do not like inflation, I do not like deflation … I guess I like ‘flation’!”

Volcker looked skeptically at the liberalization of financial markets, particularly banks. He hated derivatives. For years he got a kick out of saying that bank-teller machines were the most important innovation in banking. For him, banks are subsidized by the existence of a lender of last resort and a government-backed deposit insurance. As a result, he thought that limiting the risk banks can take was an absolute necessity. While I am not sure, I imagine he was against to the deregulation of investment banks, which leveraged up dramatically in the runup to 2008-9 crisis.

I was honored to be one of his two co-authors in a Group of Thirty report he coordinated in 2009. In that report he presented the rule that borrowed his name and still exists in a more moderate version: banks should not be allowed to engage in leveraged proprietary investing and trading with their capital. The challenge of regulating financial institutions is still alive, but Volcker provided the direction he considered both technically and ethically essential: the market cannot operate by privatizing gains while socializing losses. He saw it as an issue that later would cause major discontent with liberal democracy, now threatened by some of its own shortcomings.

Volcker remained engaged in public life to his very end, always on the right side of history. He never lost his ability to analyze and, above all, to be outraged. He can’t be replaced.