In brutally honest comments about the challenges of innovation threatening 3G Capital, Jorge Paulo Lemann acknowledged that his companies must adapt and mentioned Starbucks, Nike and Inditex (the parent company of Zara) as examples to follow.
Both Anheuser-Busch InBev and Kraft Heinz are increasingly criticized for relentless cost control — which has come to the point of alienating talent — and also for the lack of innovation and top-line growth.
Commenting on how consumer brands are being disrupted, Lemann — who participated yesterday in the ‘Strategy and leadership in an age of disruption’ panel at the Milken Institute annual conference — said 3G is learning from its mistakes in the US and will use that knowledge to protect itself and advance in other markets.
In the transcript below, prepared by Brazil Journal, he answers questions posed by the panel moderator, Fortune’s executive editor Adam Lashinsky.
The industries that you have invested in are old-line, consumer-focused industries: beer, food… Talk about how those companies see innovation today, and how you have viewed innovation looking back over the past decades.
I’m a terrified dinosaur, especially after attending this meeting.  I went to a food panel yesterday and all they talked about was new products and new forms of producing food. Then I go to the next meeting, on artificial intelligence, and everybody is talking a lot about data analytics and things like that.
I’ve been living in this cozy world of old brands, big volumes, nothing changing very much, and you could just focus on being very efficient and you’d be okay, and all of a sudden we are being disrupted in all ways.  If you go to a supermarket, you see hundreds of new brands in the supermarket shelf, the client doesn’t want to leave his house anymore: he wants everything delivered to his house… In beer, we had the new kinds of beer coming in from all over [craft beer].
So we are being affected by everything.  What we are doing about it: we are running to adjust.  Our companies have run sort of in their old way for a long time. So in beer we have set up a totally separate department: it’s called Zx, and it’s supposed to deal with disruption and supposed to disrupt ourselves. We have new people, different kinds of people, younger people, more digital-minded, more data-minded, and we hope this will be a model we can build on for our other companies. So we are scrambling. 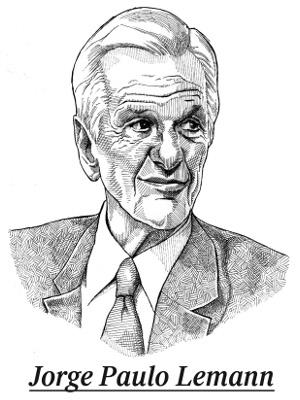 Would it be fair to say that, in your career, that this is a new paradigm?  That you were able to do things basically one way for this period of time, and this is a market shift right now?
Very much so. We bought brands and we thought they would last forever. We borrowed a lot of cheap money because money was cheap. That worked out very well.  And then we simply managed what was there a little bit more efficiently and now we have to totally adjust to new demands from clients, clients which are a lot more fickle: they want different products everyday, they want it delivered in an easier form…. we really have to adjust.
There are big companies that are ahead of us in terms of being a commodity business.  Just to name some: I think Starbucks is one, Nike is another one, Zara in Europe…. So there are people who are in a business like ours — a traditional business — which have adjusted. So we have to get going in that direction.
If I could disagree with you on something, you said you have managed these businesses ‘a little more efficiently’.  I think most people would agree that you have managed them ‘a lot more efficiently’.
Well..  I don’t know.. People criticize us for that also. (Smile)
But to play devil’s advocate: I could see someone making an argument that you and your colleagues are not the people to manage this innovative change because that’s not where your expertise lies. How do you approach that?
Oh… I’ve had various careers in my life… I was a tennis player, a finance guy, went into … I’ve been adjusting. I’m 78, but I’m ready!   And I’m scrambling.  I am not going to lie down and go away.
***
Craft beers have been popular for a while now. For each large company, the question isn’t so much ‘should we innovate’, but when?  When exactly in the cycle?  Is it the moment we see something happening but we haven’t validated it yet, or do we wait for validation? How do you and your companies think about that?
We are global companies now.  Here in the US, everything is happening, everything is changing very fast. That’s nice for us in a way, because we can see what’s going to happen in the rest of the world but is not happening as fast.  In Africa, which has a billion people, will have two billion people in 25 years, a young population, hot climate, beer is going to be very big, and we are going to be able to learn everything we are learning here and eventually do it in Africa…. China is a big growing market too.. You have some time to do things.  When craft [beer] took us by surprise, we had just come into the US, we had just bought Anheuser-Busch.  Then craft came in and really surprised us and it took us a little while to react.
How do you mean craft surprised you? In what way?
Like I said, we were stuck in our way [mindset] of the ‘solid brand’ and ‘that’s going to be important’, then all of a sudden these new things come in, and we went to a board meeting at a restaurant and there were 200 craft beer brands in the restaurant, and none of ours. Things like that….  So, it surprised us, but we reacted.  We bought 20 craft companies, we have taken some guys on board, and we are learning a lot from them.  In the international markets, we won’t be surprised. If any craft beer appears in Argentina or Brazil and it looks good, we will buy it right away.
Follow Brazil Journal on Instagram and on YouTube.
Geraldo Samor